Who Were Katharina And Maria Barbara In The Life Of JOHANN SEBASTIAN BACH?

Maria Barbara, did you hear who is coming to town? It is Johann Sebastian, our dear cousin Ambrosius' son. He has been away from Eisenach so long I am not sure I would recognize him. When his parents died he was sent to live with his brother Christoph in Ohrdruf for a few years, then I believe he was sent all the way to Luneburg for school. Lately, though I heard that Johann Sebastian had been playing the violin for the Duke's court in Weimar. 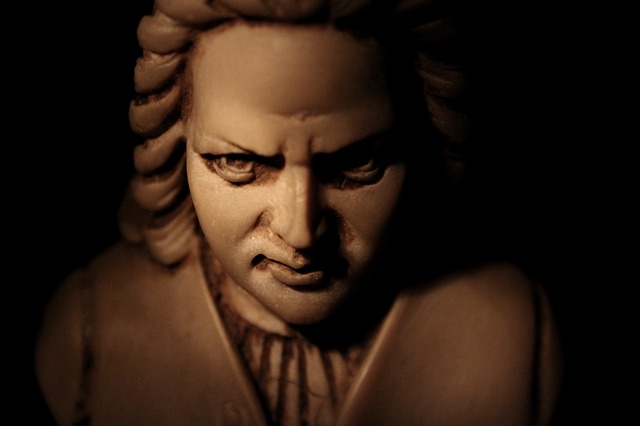 Now, Johann Sebastian has just been appointed the organist at the Neukirche right here in Arnstadt where that incredible new organ was just built! I was told that the concert Johann Sebastian gave when he came to try out the new organ was simply astounding and the committee just had to appoint him organist! I think I also heard, though, that he has to conduct the boy choir at the Neukirche. I wonder if he knows about that? I really do hope Johan Sebastian is up to the task of working with those ornery boys at the school. They sing so badly and can just be so awful!

However, the best news of all is that Sebastian is coming to visit his relatives next week when he gets to Arnstadt. That means us! We will be seeing our dear cousin Johann Sebastian very soon. You know he will be living at the Mayor's house, don't you? I can hardly wait to see him again!

Maria Barbara, have you heard? Johann Sebastian was just in a fight. I happened to be walking down the street near the Neukirche when this brawl erupted and that awful bassoonist Gegenbach and our dear JS had come to blows. I think our cousin Johann got the best of that little bassoon player, though, as Johann drew his sword and just cut to tatters Gegenbach's clothing! I was there! I saw it! And more than that, I am going to testify to the city authorities that the fight was not Johann Sebastian's fault! Poor Johann Sebastian is just so bothered by those awful no-count untalented boys at that school. It is too bad he can't just compose his beautiful organ music and be left alone.

The organ music dear Johann is composing now is so interesting. He tells me a wonderful composer named Georg Bohm that he met while he lived in Luneburg influenced him greatly. He just loves to compose variations on our wonderful hymns. Why sometimes just to be different, he puts the melody in the pedal in many of the pieces he is composing right now. He really is a genius that cousin of mine.

This story is one of a dozen vignettes from the organ and media event, "Bach and Sons" performed by Dr. Jeannine Jordan, concert organist.