A Magical Feeling to CHRISTMAS MUSIC 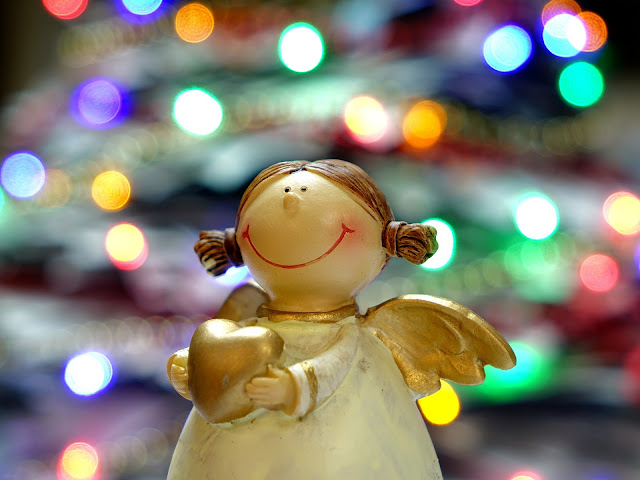 During the Christmas Season, music is a key ingredient in creating holiday magic... for me and many others, I'm sure. Just the other day, I was out walking my little dog, Jolie, and enjoying the holiday decorations in my neighbourhood. The air was crisp and there appeared to be a few snowflakes in the air when suddenly, a nearby church began playing on their chimes, some familiar carols. I was thrilled!

I've always been a huge fan of Christmas music, and as a child, growing up in a minister's family, Christmas music was played and enjoyed throughout December! Singing the Advent hymns and carols up until Christmas Eve was always such a thrill for me and even now, the memories, images and smells rush back to me when I hear these melodies playing. When the bells started pealing as I walked down the sidewalk, it just was a magical feeling that transported me, musically, to another time and place. At that moment, thoughts of problems disappeared, thoughts of conflict and tragedy temporarily vanished, and I was totally in the moment with peace on earth goodwill to people everywhere.

Holiday music, no matter what holiday you celebrate, comes in the sacred and the secular varieties. There are literally thousands of songs, cantatas, musicals, oratorios, and symphonies that we typically hear during this season and, for me, they create a magical environment that is filled with memories of Christmases past and warm family holidays with laughter, smells of cookies, turkey, and pies baking, and visions of shiny bicycles and wind-up toys. Is there a person in the Western World that does not know "White Christmas," "I'll Be Home for Christmas," or "Silver Bells?" In our media-filled society, and with all the technological wonders like iPods and MP3 players, music is sung around the world and heard around the world. If anything, they probably hear them just a little sooner than they'd really like to. (I believe that playing Christmas music any sooner than November 1, is probably suspect, and what I suspect is commercialism gone awry!)

The power of a simple phrase of music to conjure up these kinds of images and feelings is nothing short of miraculous! Humans have known this for thousands of years, and that is why the key events and holidays in our lives have so much special and unique music associated with them! Take some time out of your schedule today and listen to some music that brings back happy memories for you. You'll soothe your anxieties, lower your blood pressure, boost your immune system, and improve your self-esteem.

Posted by Werner Cappel at 12:18 PM No comments: Links to this post