Alto saxophonist Charlie Parker was one of the most influential jazz musicians of all time. Known also as Yardbird, or simply Bird, Charlie was an early bebop pioneer; many of his songs remain standards to this day.

It might surprise you, but Charlie Parker started playing the saxophone at age 11, but wasn't a child prodigy by any stretch of the imagination. He joined the school band at age 14, and by one account, was kicked out because of his bad playing as a result of his lack of formal training. Charlie didn't let setbacks bother him though, and an in interview once said that for three to four years he practiced 15 hours a day. Part of this practice regime included playing the blues songs he learned in all 12 keys. During this time, Parker's improvisational skill flourished, and he began to develop some of the musical ideas that would give birth to bebop. 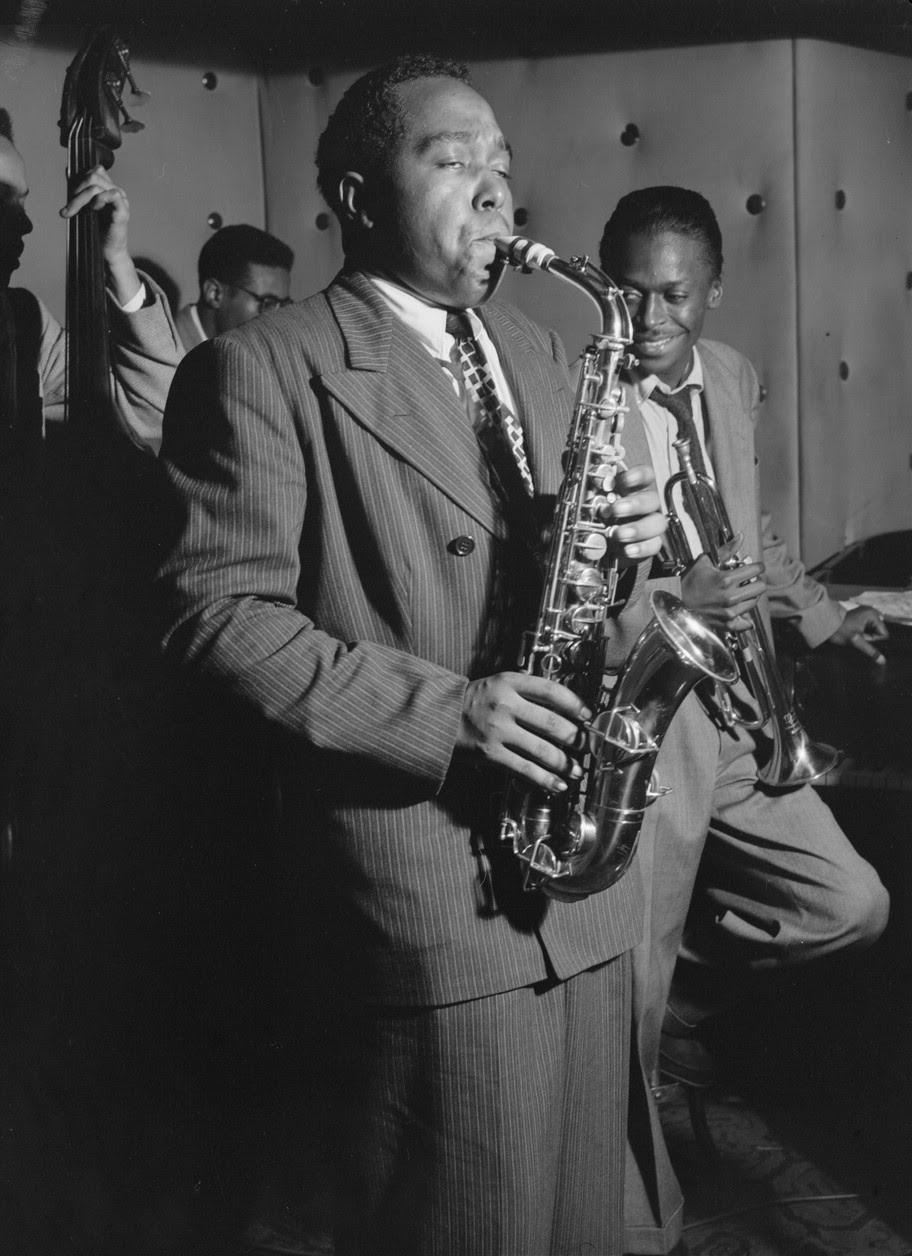 In the late thirties, Charlie played with local jazz bands in the Kansas City area. Ensembles led by Count Basie and Bennie Moten were popular in the area around this time and influenced Charlie's playing. By 1938 Charlie Parker

had joined pianist Jay McShann's band, Jay McShann's Territory Band. The band played all over the southwest and occasionally travelled to bigger markets such as Chicago and New York.

It was with Jay McShann that Parker would play on his first professional recording. Bird moved to New York in 1939 and took a job as a dishwasher at Jimmy's Chicken Shack to supplement the income he made with Jay McShann's Territory Band. Pianist Art Tatum frequently played at the venue and his use of fast paced arpeggios would have an influence of Parker's playing.

' band. A band that included Dizzy Gillespie on trumpet. A musician's strike from 1942-1943 has made it difficult to document much of what happened during that period. We do know, however, that in that year Paker played with a group of young musicians who embraced the new bebop form of jazz. This group of musicians included not only Parker and Gillespie but other soon to be legends, such as Thelonious Monk, Charlie Christian and Kenny Clarke.


During these formative years of the genre, most of the older, established jazz musicians did not embrace it. Some, however, such as Coleman Hawkins and Benny Goodman, appreciated the new art form, playing and recording with bebop stylists. The genre which Charlie Parker all but invented, had arrived.

Charlie was famous for showing up to gigs without an instrument and borrowing one from somebody else at the last minute. For this reason, he could be seen playing many different makes and models of sax. These include Conn 6Ms, Selmer model 22s, and 26s, and even a Grafton plastic saxophone. In 1947 he had a King Super 20 made exclusively for him. He seemed to prefer Brilhart mouthpieces, having used both Ebolin and Tonalin Streamlines. According to rumor he used hard Rico reeds early in his career but later switched to a 2 ½ in the fifties.

Posted by Werner Cappel at 9:39 AM No comments: Links to this post