GEMEINHARDT FLUTES and the Historical Evolution of the FLUTE 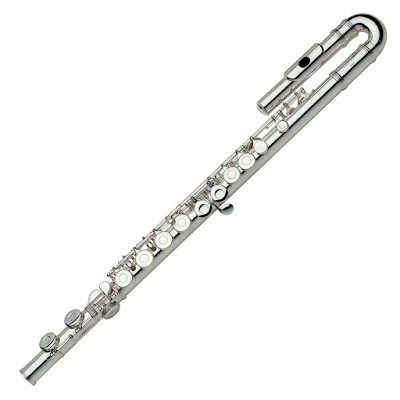 In 1928 Kurt moved to Elkhart, Indiana, America's mid-20th century capital for musical instrument production. In 1948 he opened his own manufacturing plant called The Gemeinhardt Company. Gemeinhardt specialized in all-silver flutes, and in 1952 the plant had to be expanded to accommodate orders. Later, Gemeinhardt also made entry level flutes and other intermediate models.

In the late 1990s, Gemeinhardt acquired Roy Seaman Piccolo Company, which was famous for its handmade granadilla wood piccolos that are in demand from professionals the world over. Today, Gemeinhardt makes a range of flutes, including piccolos, student, intermediate, and professional flutes, bass flutes, and alto flutes.

The company is now part of a parent organization, Gemstone Musical Instruments, also based in Elkhart Indiana. Gemstone makes and distributes every level flute under a variety of names, including Gemeinhardt, which has a long reputation as a company that makes excellent flutes with beautiful intonation.

You can still occasionally find a hand-crafted Gemeinhardt flute from the 1960s - some of them made by Kurt Gemeinhardt himself. These are amazing instruments, many of which feature an open hole design, which allows for a richer, more lush tone. Anyone lucky enough to find a solid silver open hole flute from the 1960s will pay several thousand dollars for it, but in addition to its inherent quality and craftsmanship, it will have a long history to go with it, and might just have been held in the hands of the great Kurt Gemeinhardt himself.

Posted by Werner Cappel at 11:21 AM No comments: Links to this post